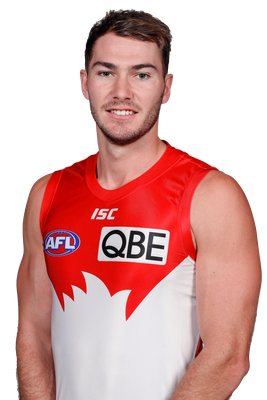 The Sydney Swans traded Jackson Thurlow from the Geelong Cats ahead of season 2019 and the Tasmanian has since shown promising signs, impressing with his intercept-marking and one-on-one defending. The fleet-footed backman played eight of the first 10 AFL games of the 2019 season but added just one more appearance over the remainder of the campaign, so he’s hungry to cement a spot in Sydney’s best team in 2020. The 2019 retirement of champion defenders Jarrad McVeigh, Heath Grundy and Nick Smith has freed up room in the backline as names like Thurlow, Colin O’Riordan and Ryley Stoddart push for more games at the top level.