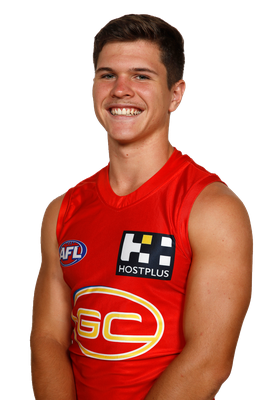 Connor Budarick was pre-selected by the Gold Coast SUNS as an Academy graduate at the 2019 NAB AFL Draft. Budarick had an outstanding year in 2019, captaining the SUNS Academy to a NAB League series victory, averaging 24.4 disposals and nine tackles across his five games, earning him the Hunter Harrison medal as the competitions best and fairest player. He represented the Allies at the NAB AFL Under 18 National Championships where his performances saw him earn selection in the 2019 NAB AFL Under-18 All Australian team. Throughout 2019, Budarick also played eight NEAFL matches for the SUNS and earnt a NEAFL Rising Star nomination in Round 17. He knows the club well and his professionalism and leadership will help him put his hand up for an AFL debut in 2020.