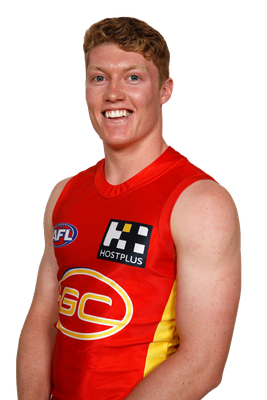 The Gold Coast SUNS selected Matt Rowell with the first overall pick in the 2019 NAB AFL Draft. In 2019, Rowell pieced together one of the most consistent under-18 seasons in recent times, earning his second All-Australian selection after averaging 24.8 disposals, 5.2 clearances and six tackles in the 2019 NAB AFL Under-18 Championships. At 178cm, Rowell is a small midfielder who is a massive accumulator of the ball using his relentless attack, clean hands and courage to win possession. A playmaker with great vision and game sense, he has been an ultra-consistent performer in his underaged career which should hold him in good stead in his first year as an AFL footballer.