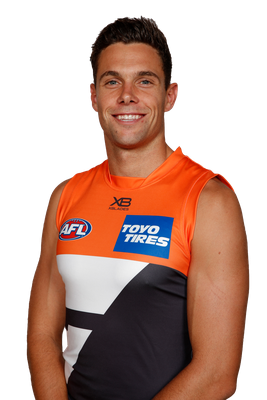 Josh Kelly began his football career as an Auskicker at East Brighton in Melbourne's south-east before being drafted at pick No.2 in the 2013 NAB AFL Draft. Kelly is the son of Phil Kelly, who played 61 games as a wingman for North Melbourne in the 1980s and won two Sandover Medals in the WAFL. He won the GIANTS Rising Star Award in his first season and become a mainstay of the GIANTS midfield in just a few short years. Kelly was elevated into the club's official leadership group ahead of the 2017 season in just his fourth year in the AFL, and after a stunning 2017 season was named vice-captain in 2018.