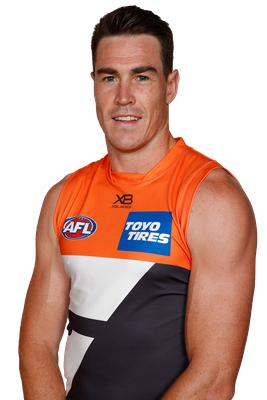 Jeremy Cameron arrived at the GIANTS from the tiny town of Dartmoor in Victoria at the age of 17 as an underage recruit. Cameron didn’t begin playing football until the age of 15 but burst on to the AFL scene, making his debut in round 1, 2012 and finishing his first year as the GIANTS’ leading goal-kicker. The next year saw Cameron finish third in the Coleman Medal, become the first GIANT to be named in the All-Australian team and win the Kevin Sheedy Medal as the GIANTS’ club champion. Cameron has been the club's leading goalkicker for seven consecutive years. In 2019 Cameron won his first Coleman Medal and became the first GIANT to kick goal in a Grand Final.