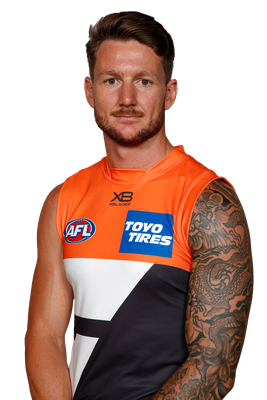 Daniel Lloyd is a 186cm, 88kg powerful mid-sized forward recruited from the NSW Central Coast. A former scholarship holder with the Western Bulldogs, Lloyd was spotted by Assistant Coach Mark McVeigh playing for the Killarney Vale Bombers in the Black Diamond Football League where he kicked nine goals in a semi-final for the Bombers and also won Killarney Vale’s 2015 Best and Fairest award. After an impressive 2016 NEAFL season with the GIANTS, which saw him named as an AFL emergency, Lloyd made his AFL debut in round 8, 2017. After 14 games in 2018, Lloyd played 18 games including the Grand Final in 2019.