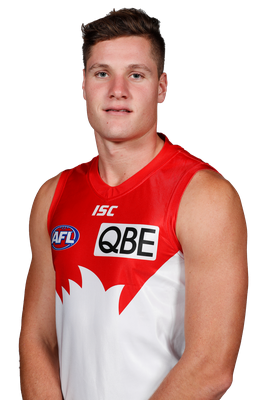 Pre-season supplementary list rules allowed the Sydney Swans to sign Hayden McLean in March 2019, and while injury ruled out the key-position player for seven of the first 10 NEAFL games of the season, he’d respond in commanding fashion. The former Sandringham Dragons skipper made his AFL debut as Sydney met Fremantle in Round 18, 2019, which saw him battle imposing ruck trio Aaron Sandilands, Sean Darcy and Rory Lobb, as well as a parochial Optus Stadium crowd. Coach John Longmire praised McLean’s debut performance and he finished the season with four AFL games beside his name. The 197-centimetre, 93-kilogram giant is chasing consistent AFL selection in 2020.