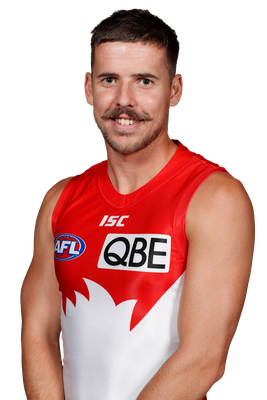 Jake Lloyd is a ball magnet, an endurance machine, a clean user of the footy and a calming influence on the Sydney Swans’ half-back line. The former rookie-listed Swan averaged 27.22 disposals per match between 2016 and 2019 and won the club’s 2018 Bob Skilton Medal. Lloyd became the quickest Swan in history to reach 100 senior games when he ran out against Hawthorn at the MCG in Round 8, 2018. He was then recognised as one of the best players in the league when he was selected for Victoria in the State of Origin match for bushfire relief in February 2019.