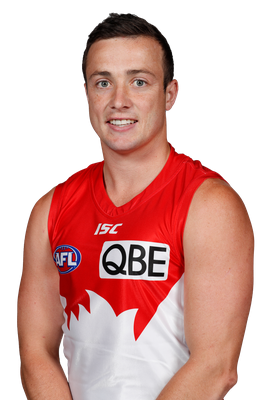 A three-way trade with the Brisbane Lions and Carlton enabled the Sydney Swans to land Lewis Taylor during the 2019 Telstra AFL period. What the deal secured was a young, speedy, stocky small forward who had booted 88 goals in 112 AFL games in Brisbane colours. The Lions recruited Taylor from the Geelong Falcons with pick 28 at the 2013 AFL Draft and he fired from the get-go, playing all 22 senior games en route to claiming the 2014 AFL Rising Star award. The new Swan is expected to contend with names like Ben Ronke, Sam Gray and Sam Wicks for a spot in Sydney’s forward line in 2020, although coach John Longmire could instead use him on a wing.