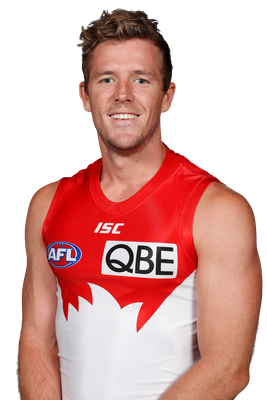 Luke Parker has plenty of football ahead and has already compiled a resume packed with impressive achievements. Since landing at the Sydney Swans via the 2010 AFL Draft, he has won a 2012 premiership medal, earned All Australian selection and won two Bob Skilton medals. In 2015, he was added to the club’s leadership group at the age of just 22, and has led the team as a co-captain alongside Josh Kennedy and Dane Rampe since 2019. While Parker is among the league’s elite midfielders, his strong marking and expert game awareness make him a genuine threat when rotating through the forward line.