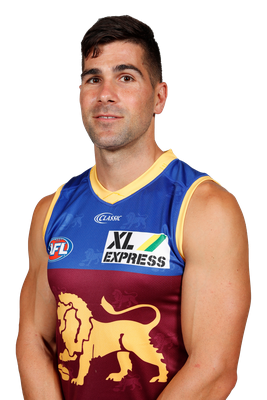 A Perth native, Marcus Adams started his footballing career relatively late, being drafted by the Western Bulldogs from West Perth at the age of 22. He made an instant impact in his first few games for the Bulldogs in their premiership year in 2016 but succumbed to injury later that season. After a few frustrating seasons at the Bulldogs due to back-to-back injuries, Adams decided to move north and was traded to the Lions in late 2018. He is an aggressive defender with clean hands who can mark on both tall and small forwards. Off the field Adams enjoys reading and has a keen interest in studying nutrition.