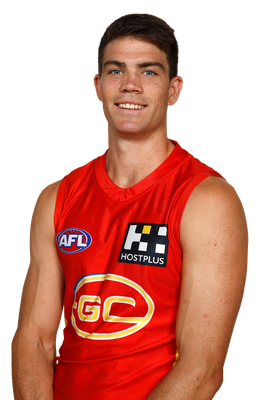 Collins came to the club from Werribee in the VFL after previously spending time at Fremantle. He was one of three special assistance signings for the SUNS prior to the 2018 draft. When an ACL injury struck fellow key defender Rory Thompson in the pre-season, Collins became the number one guy at fullback for Gold Coast to start the season. He impressed early with his intercept marking, ranking as one of the best interceptors in the league in the opening rounds of the competition. A hip injury from Round 9 ended his season early but Collins proved he has a future in the red and gold.