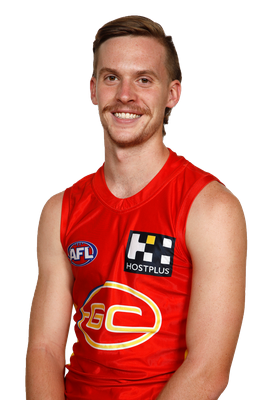 The Gold Coast SUNS selected Noah Anderson with Pick 2 in the 2019 NAB AFL Draft. At 188cm, Anderson is a medium midfielder/forward who thrives in a contest, using his footy smarts and ball-winning ability to impact games. Captaining Vic Metro in the 2019 NAB AFL Under-18 Championships, Anderson was a highly competitive player, averaging 23.5 disposals (10.8 contested) and 5.2 clearances to win 2019 NAB AFL Under-18 All-Australian honours. His versatility to play both forward and midfield will hold him in good stead at AFL level, should he get an opportunity early in 2020.