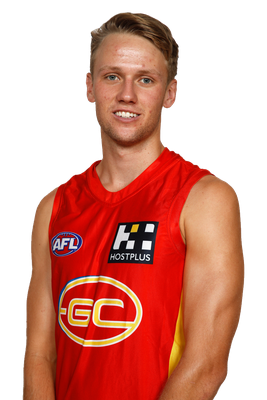 Taken with Gold Coast’s first pick in the 2018 Draft, Lukosius hit the ground running to make his AFL debut in Round 1 against St Kilda. He settled into the side nicely, going on to play 21 out of a possible 22 games. Originally starting the season as a forward, a mid-season swing into defence paid dividends for Lukosius who was able to showcase his precision kicking in rebound. Which position he plays in 2020 remains to be seen, but overall Lukosius has an excellent foundation to build on heading into the pre-season.