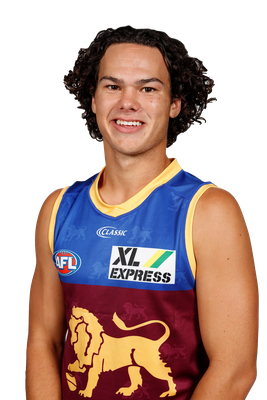 Selected by the Brisbane Lions at Pick No. 1 in the 2017 AFL Draft, Cam Rayner is an exciting, powerful midfielder. Rayner has the ability to open up games with his pace, strength and agility at stoppages. He earnt the nickname “Hollywood” at Hillside junior football club for his goalkicking flair. Only months after being drafted to the Lions, Rayner made the decision to extend his contract for a further two seasons at the club.