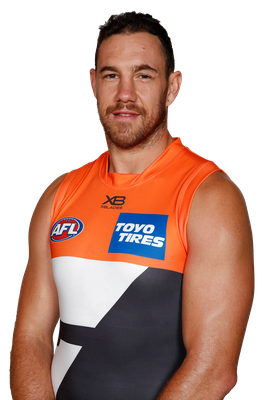 Shane Mumford started his AFL career as a mature-aged rookie after being selected by Geelong in 2007’s NAB AFL Draft. The former boiler-maker from Bunyip in south-east Victoria made his AFL debut in round 6, 2008. He joined the Swans at the end of 2009, playing a key role in their 2012 premiership win. Mumford was traded to the GIANTS ahead of the 2014 season and was immediately named in the club’s leadership group. After four seasons with the GIANTS Mumford retired at the end of 2017. Mumford spent 2018 as the GIANTS' ruck coach and took up boxing before coming out of retirement as a supplemental selection.