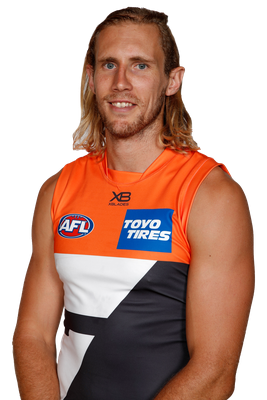 Nick Haynes was drafted to the GIANTS with pick No.7 in the 2011 NAB AFL Draft. The former Dandenong Stingrays forward made his debut in round 10, 2012 playing through the midfield and up forward. Haynes has great agility, takes a good overhead mark and shows very good running and aerobic capacity. A switch to the backline proved a turning point for Haynes who has gone on to cement himself as a key member of the GIANTS' defence, playing a crucial role in all four of the GIANTS finals campaigns. His brilliant form in 2019 was recognised when he was named in the initial 40-player Virgin Australia All Australian squad.