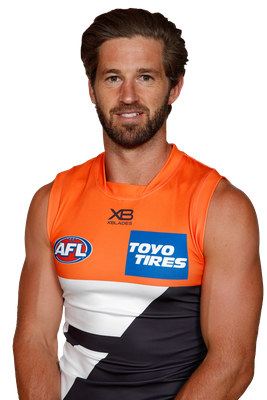 After joining the club as an uncontracted player from the Western Bulldogs, Callan Ward became one of the inaugural co-captains of the GIANTS in 2012. Ward is a hard-running midfielder from Spotswood in the Western Suburbs of Melbourne. His grandfather, Bill Gunn, played for South Melbourne from 1952 to 1959 and captained the team in 1955. Ward was drafted to the Bulldogs with pick 19 in the 2007 NAB AFL Draft and won the inaugural Kevin Sheedy Medal for the GIANTS’ Best and Fairest in 2012. One of the club’s most consistent players, Ward was named the most Courageous Player in the competition by his fellow players in 2018.