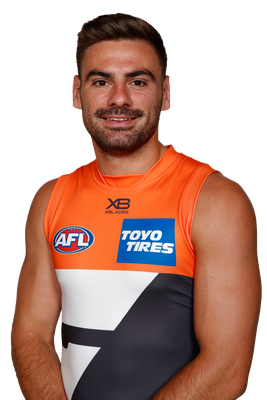 Stephen Coniglio grew up in Perth and as a teenager had to choose between pursuing a career in cricket or football. Choosing football has worked out well for him so far, with the popular teammate becoming one of the most highly rated midfielders in the AFL. In early December, 2019, Coniglio was appointed captain. Off-field, Coniglio is a part-owner of Macelleria restaurants in Sydney and Melbourne and has a keen interest in fashion.