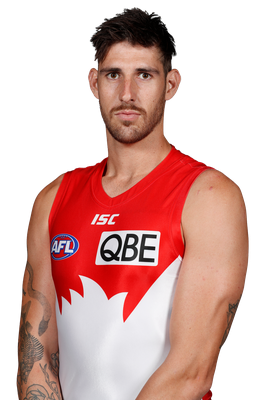 Sam Naismith is intent on grabbing 2019 with both hands after an ACL rupture ruled him out for the entirety of the 2018 season. Naismith has shown exciting potential since signing with Sydney as a rookie ahead of season 2013, but a luckless run with injury has hampered his journey. Callum Sinclair did an admirable job as the Swans’ go-to ruckman in 2018, but Sydney’s ruck stocks are now in better shape as a result of Naismith’s impending return.