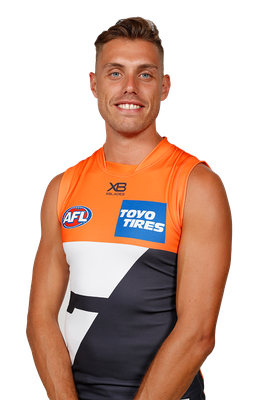 A hard-running midfielder who can also play off half-back, Tommy Sheridan joined the GIANTS as a delisted Free Agent in 2018 after seven seasons with the Fremantle Dockers. A first-round draft pick in 2011, Sheridan was an emergency for the Dockers in the 2013 AFL Grand Final and played in three finals during his time at the club. He made his GIANTS debut in round 3, 2019.