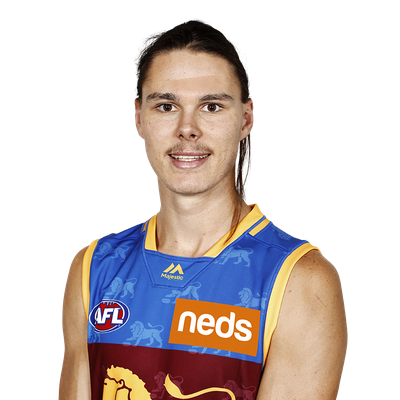 Strong overhead and agile for his size, Eric Hipwood is able to play at either end of the ground. A star of the future, the Lions Academy product booted 30 goals in his second season of AFL in 2017, earning an AFL Rising Star nomination and was named Rookie of the Year at the Lions' Club Champion Dinner. Hipwood's 37 goals in 2018 were the most by a Brisbane footballer since all-time great Jonathan Brown booted 47 six years ago.