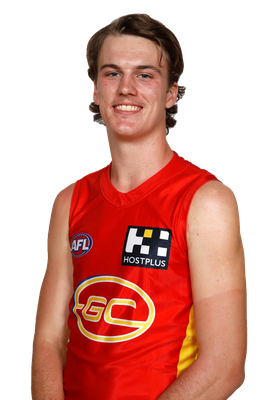 After playing 11 matches in his debut year, Ballard took major strides forward in 2019 to play 21 games, one short of a complete season. Starting the year in the best 22, Ballard was able to cement a spot for him in Gold Coast’s back six and showed the potential he has as a versatile defender. As the year wore on, the 20-year-old was asked to play on opponents much larger than him but held his own as a key defender. With another pre-season under his belt, Ballard will be hoping for another consistent year in 2020. The defender took the most marks of any SUN in 2019 with 111, putting him 13th on the leaderboard of all-time marks in a season for Gold Coast. Ballard has the tools to become an elite defender in the AFL and will be hoping to take the next step towards that goal in 2020.